May 9 in Belaya Tserkov

Almost 70 years have passed since the victory over Nazi Germany. For soldiers, workers of rear and those who were born during the terrible years of the war it is not just a figure, it’s years of memories, the scars of hearts, the pain … Now, when there are numerous attempts to embroil the regions of Ukraine, when the country is bleeding, it’s time to recollect once again how people of different nationalities and different religions shoulder to shoulder went out to meet the aggressor, it is time to recollect the heroic deeds of our once again remember our war veterans, the majority of whom, unfortunately, are not with us today. 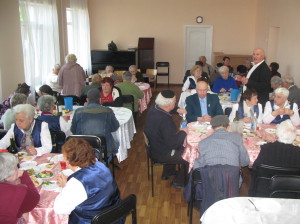 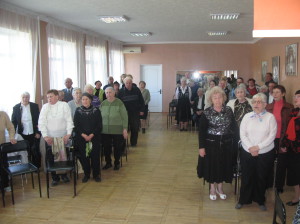 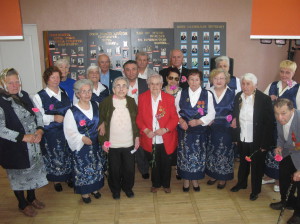 This year Jewish Community of Belaya Tserkov – a small town with a rich history – traditionally organized an event dedicated to Victory Day. Initiator and hospitable host was city Jewish school “Mitzvah-613.” Teaching staff and students began preparation for honoring of veterans in advance. They all worried. They were checking with the local authorities lists of alive veterans, phoned them, asked for financial support from donors, prepared gifts … Traditionally the holiday was sponsored by the local Jewish community and personally by its chairman Anatoly Podolskiy, and longtime friend and partner of the Community All-Ukrainian Charitable Fund “To You”. Warm and sincere congratulations, wartime songs, gifts… Many of those who were present wept openly. 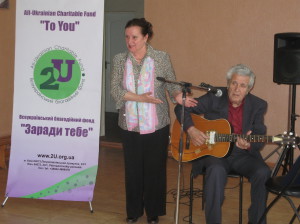 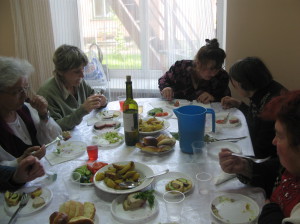 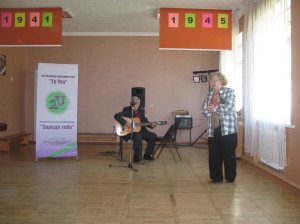 Today, when there are less and less people that have experienced the horrors and suffering of war, it is even more important than ever to remember them and take care about them, to listen and hear what they say. To prevent another military invasion into our country, to become wiser, to live in the united multi-ethnic country, to raise children who will remember their history and believe in our peaceful future.