On May 5, 2014 a round table “Ukraine is different – Ukraine is united. Common memory – common future” took place at the central conference hall of Belaya Tserkov, the Kiev area. This event was initiated by ACF “To You” and the Assembly of Nationalities of Ukraine due to the support of CIVICUS. 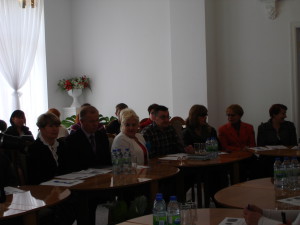 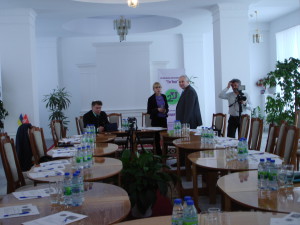 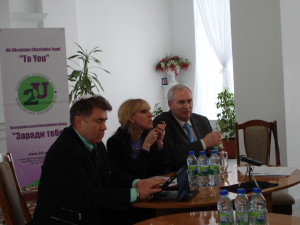 The goal of this round table was to discuss the problems of national minorities in small towns considering the situation in the country, to attract attention of public, authorities, and national minorities of the city to the problem of preserving the integrity of Ukraine and peace in the country and agree upon concrete steps of teamwork.
Representatives of the Chechen, German, Polish, Russian, Jewish and other communities of the multinational Belaya Tserkov took part in this event.
The meeting began with a moment of silence, during which the victims of the tragedy in Odessa (May 2, 2014) and the confrontation in the east of Ukraine were commemorated, then Chief Rabbi of Kiev and Ukraine of Progressive Judaism Rabbi Alexander Dukhovny prayed for peace in our country and the souls of all who died. Given that the majority of those present were women, many of them had tears in his eyes. 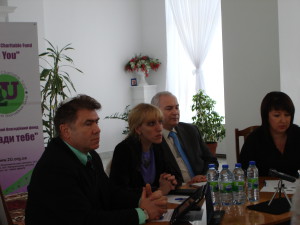 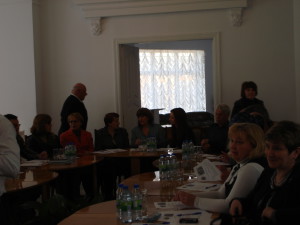 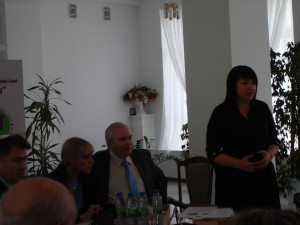 In the course of the emotional and alive dialogue all roundtable participants pointed out that they couldn’t stay ignorant to the current situation and their hearts ache for Ukraine, which is our home, regardless of our ethnic origin and religion. The representative of the Chechen diaspora Salman Sadaev said that he came to Ukraine some 30 years ago and in all these years he has never faced any xenophobia. Absolutely all those who were present expressed concern in respect to the possible armed conflict with neighboring country, and noted that we have never had and have no problem using any language. Everyone can see their future and the future of their children in tolerant and democratic Ukraine that they love and that pays them reciprocity. Much has been said about the need for proper education of children and young people, because without our mutual past, there is no future, and in our history we have very much in common. 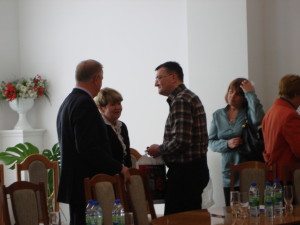 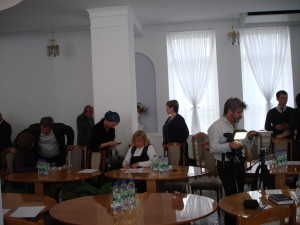 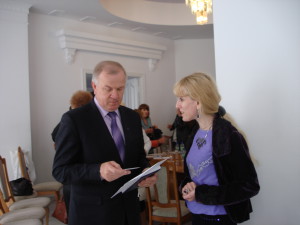 For the sake of peace and reconciliation in a diverse and united Ukraine, in the interests of Ukrainian citizens of different nationalities, the roundtable participants and members of the Coordination Working Group offered joint implementation of public events, information campaigns to lobby the interests of national minorities, to protect the equality of their civil rights, to provide the ability to fully and comprehensive community development in our multicultural united country.
ACF “To You” Board Chair Julia Goldenberg and Vice-President of the Assembly of Nationalities of Ukraine Arkadiy Monastirskiy emphasized their readiness to support joint initiatives of Belaya Tserkov national minorities aimed at unity of the society and educational activities.