The All-Ukrainian Charitable Fund “To You” (ACF 2U) is known not only charitable assistance to the poor, but for active conduction of events dedicated to the inter-confessional dialogue, tolerance in modern society, preservation of historical memory. A very special place among the Fund’s projects belongs to the Righteous. ACF 2U is not only providing social assistance to these outstanding people, but also regularly conducts events aimed at their deeds honoring. During such events, the Righteous, who live in different, distant places of Kiev, have the opportunity to communicate, share their concerns, and discuss their problems with the representatives of the organization and state authorities. Recalling the past, they are concerned about the fact that from time to time on the background of the development of Ukraine still there are cases of anti-Semitism, xenophobia, ignorance and distortion of historical facts. 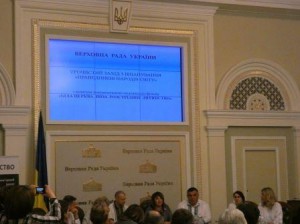 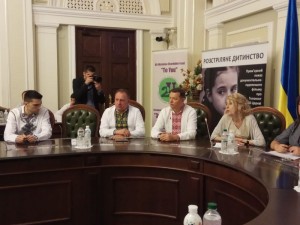 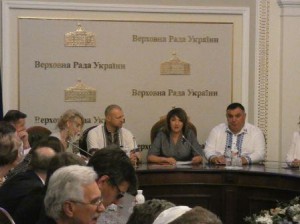 Considering the aforementioned, having learned that the Bila Tserkva Jewish Community “Mitzva” initiated the creation of a documentary film “Bila Tserkva. Shoa. Shot down Childhood”, the fund’s representatives were unable to stay aloof and supported copying and distribution of the film. On the occasion of the first release, it was decided to organize a special event. The idea was also supported by the representatives of the Ukrainian authorities, thus the event took place in the conference hall of the Verkhovna Rada of Ukraine. 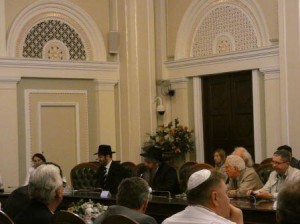 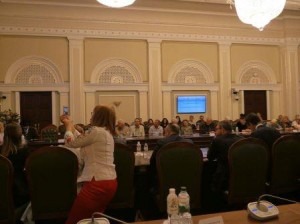 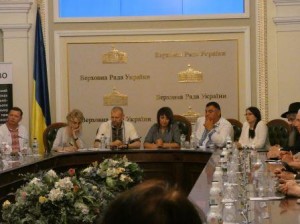 On May 17, 2018 a ceremony to honor the Righteous Among the Nations, Righteous of Ukraine, Righteous of Babi Yar and children of the Righteous, who were at risk during the occupation along with the presentation of the film took place. Representatives of various parliamentary factions, diplomats from Israel, the USA, Germany and Lithuania, religious leaders of all denominations and, of course, the organizers of the event, were gathered by ACF “2U” and “Mitsva” to pay tribute to the Righteous, who were the most honored and desired participants of this event. Khvicha Meparashvili, Chairman of the Parliamentary Group of the Verkhovna Rada of Ukraine on Inter-Parliamentary Relations with Georgia, and Ambassador Extraordinary and Plenipotentiary of the Republic of Lithuania to Ukraine Marius Janukonis in their speeches emphasized the importance of honoring people who risked their lives and lives of their beloved ones helping others without paying attention to their nationality and religious views. Israeli Embassy Counselor Genadiy Polischuk, Deputy of Ambassador of Germany to Ukraine Wolfgang Bindseil, and Pam Tremont, the US Embassy to Ukraine representative also expressed the need to conduct events, which reminiscent the terrible facts from the past for people all over the world not to experience anything like that in the future.
Watching a movie about extermination by Nazis in 1941-1942 of Jewish population of a small town near Kiev and about people who saved their neighbors, friends, and even strangers, most of the audience did not hold back tears. After the review there was a prayer for all the dead, read by the chief Rabbi of Ukraine Moshe Reuven Azman, the traditional commemorative prayer El Male Rahim was performed by the Rabbi Rafael Rutman, and Alexander Dukhovny, the chief Rabbi of Kyiv and Ukraine of the communities of progressive Judaism, prayed for peace in Ukraine. 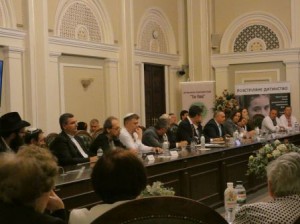 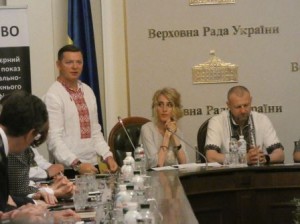 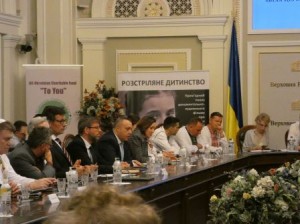 Father Georgy Kovalenko (UOC) and Father Igor Shaban (UGCC) expressed gratitude to the Righteous and prayed for their health. The people’s deputies of the Verkhovna Rada were so impressed with the realism that they had seen that they immediately promised to help in establishing and installing a monument to the victims of the Holocaust in the Bila Tserkva. All of them assured that their activities will be stubbornly fighting the manifestations of any types of national and racial hatred, preventing the existence of intolerance and disregard for the ethnic minorities of Ukraine. Co-chair of the Outreach working group of the World Jewish Congress Jewish Diplomatic Corps Victoria Godik shared the same ideas.
At the end of the event, Julia Goldenberg, ACF “2U” Board Chair and Natela Andryushchenko, “Mitzva” Community Executive Director assured that this was not the last mutual event and negotiated with the people’s deputies their further cooperation.
The very fact of holding such an event with the support of the people’s deputies in the Verkhovna Rada of Ukraine speaks for itself. The Holocaust and the real story of a terrible 20th century are not neglected and ignorant in today’s multicultural European Ukraine.
This event would have been impossible without the support of the British Charitable Fund WJR, which is an old and reliable partner of ACF “2U”. 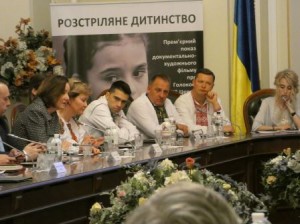 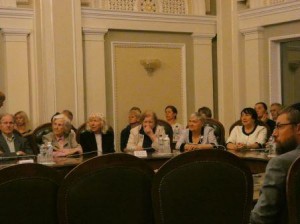 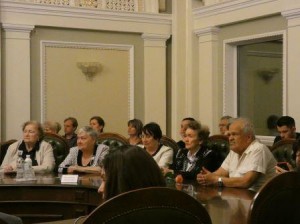 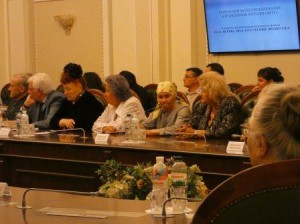 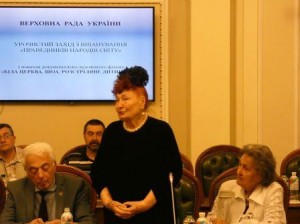 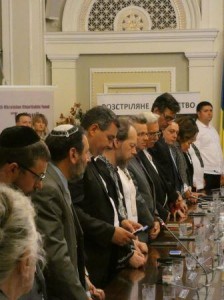