On April 19, 2016 round table “Save the Country – Stop Propaganda!” took place at the National Information Agency “Ukrinform”.
Organizers: ACF “To You” (2U) and Ukrainian Homeland Defense Support Movement. The event took place due to the support of CIVICUS under international action «ICSW / 2016″
All those present (leading Ukrainian experts, political scientists, journalists, representatives of governmental and non- governmental institutions) stated that Ukraine needs to develop and implement an information policy aimed at the formation of civil society and prevention of the impact of infamous neighboring country propaganda.

Organizers of the event stressed that hybrid warfare that takes place in Ukraine, is a global problem associated with information presented by media. Ms. Goldenberg cited the example of Rwanda, where 22 years ago there was a terrible tragedy, and after it on the dock together with the executioners, journalists and media owners, who called for the killing, found themselves. This idea was supported by prominent Ukrainian journalist Mr. Frenkel, who stated that this world had become really tiny and process are connected with one another. Unfortunately, Ukraine was not ready for such development of the situation. 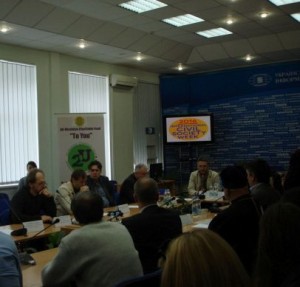 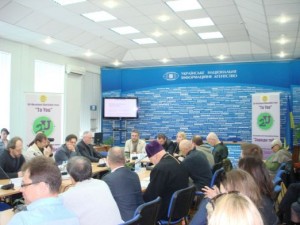 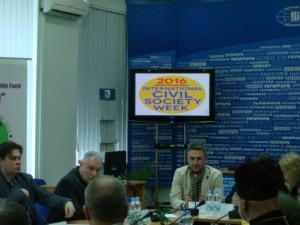 Bishop Vladimir (UAOC) said that language policy has an important role in countering propaganda. He emphasized that there is no 100% Ukrainian TV channel.
Experts (Mr. Druzenko, Mr. Dykyi, and Mr. Magda) talked about the roots of propaganda of country-aggressor and its impact on society. They made emphasis that the work of the neighbor began long before the annexation of the Crimea and the war in the east.
Mr. Havruk (Ukrainian Homeland Defense Support Movement) drew attention to the fact that there are very few publications aimed at pro-patriotic education. As an example of this publication, he showed the newspaper “Der Junta Zeitung”, which is published for multicultural Ukrainian society and our defenders in the east.
Georgiy Kovalenko (Chairman of the Open Orthodox University of St. Sophia Wisdom) said that the strength of our propaganda must be in bringing accurate information because perjury is a great sin. This statement was supported by all those present.
In his turn, present at the round table Artem Bidenko, Deputy Minister of Information Policy, said that the it is a utopia to hope that the two law enforcement agencies in cooperation with the Ministry of Information Policy would completely overcome Russian propaganda within a two-year period.
“To anticipate that our ministry (Ministry of Information Policy), Ministry of Defense, and the Security Service would work out effective tools that would defeat all enemies is absolutely unreal. We have chosen the path and we are moving”, Mr. Bidenko said.
Mr. Monastyrskiy (JFU President and Chairman of the Public Council of the Ministry of Education) said that not enough is being done to develop and publish textbooks in Ukrainian that meet modern requirements. 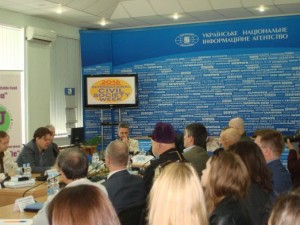 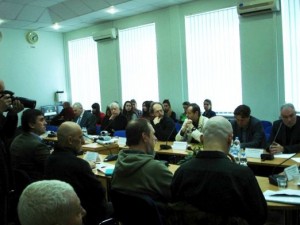 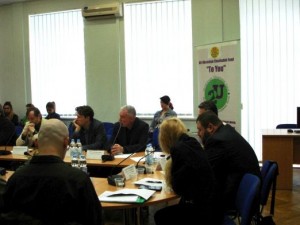 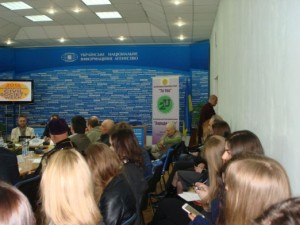 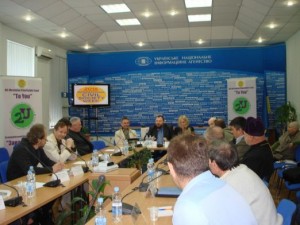 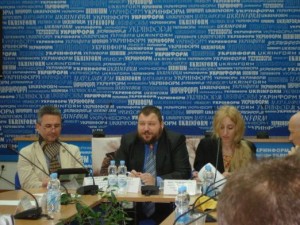 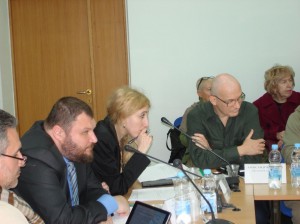 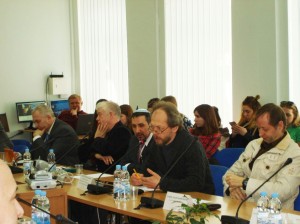 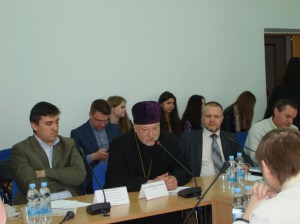 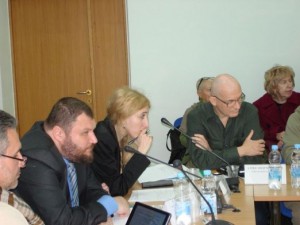 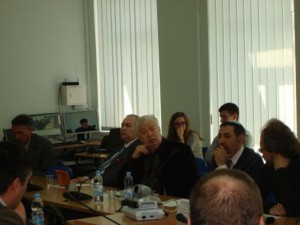 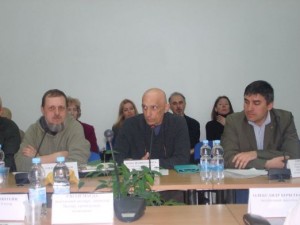 The relevance of the topic and its importance is proved by the fact that instead of 1 hour and 30 minutes it lasted for 3 hours.
Based on the results of the “round table”, participants appeal to the President, the government, the National Security Council, and the Parliament.