On May 27, 2015 in Belaya Tserkov, Kiev region, a round table “Different generations, different ethnic groups – united country” took place.
The event was initiated by ACF “To You” (2U) in partnership with Belaya Tserkov NGOs.
Today, when the country is in a state of information war, when we constantly hear the statements that the country is becoming more and more fascist one, when the a very tender line of religious and ethnic hatred is crossed, it is important to protect the most vulnerable population – children and elderly, because they suffer the most due to such information. The consequences could be terrible if there is no resistance.
Belaya Tserkov central conference hall hosted representatives of World War II veterans’ and ethnic organizations, school pupils, teachers, journalists. 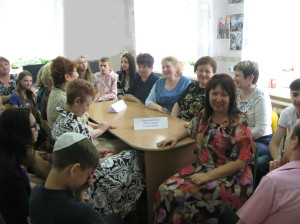 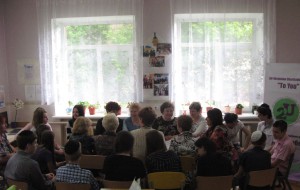 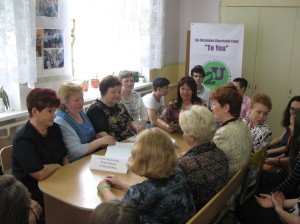 The aim of the event – frank conversation about the situation in Ukraine, how it is perceived by different age and ethnic groups, how to filter information coming from different sources, how to protect yourself and your family from the effects of this propaganda and to remain tolerant and humane in multiethnic country, in spite of the war and economic decline.
The lively discussion, memories of veterans, the stories how the situation is discussed in families (many of those who were present have relatives at the forefront in the east), how relations with friends and relatives living outside Ukraine were transformed, poems and tears…
City veteran organization representatives stressed that this round table is an indirect response to the anti-Ukrainian information war, because only communication of different generations and ethnic groups, representatives of various segments of the population the real situation in the country emerges.
“Such a straightforward dialogue could never take place in a country where fascism dominates,” said the director of Belaya Tserkov Jewish School Mitzvah – 613 Natela Andryushchenko. “It is important to pay more attention to students who would be responsible for Ukraine in few years. That is what we give Our future depends on our mutual steps, which we will take today”. 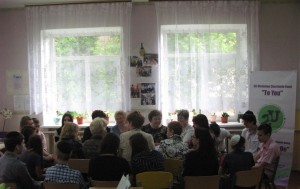 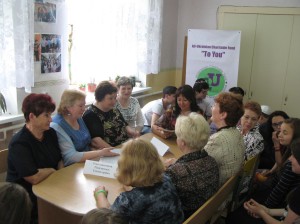 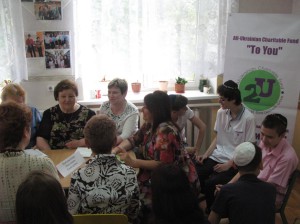 Veterans and educators thanked the organizer of the event – ACF “To You” for the fact that this public institution pays attention to counter incitement of inter-confessional intolerance.

In her tern, Marina Grintsova, ACF 2U representative, thanked those who were present for their active participation in the round table and their open statements. She emphasized that ACF 2U would continue its cooperation with multinational Belaya Tserkov community and will support local initiatives, which has become a tradition.
Round table participants decided to conduct such meeting every month.