On February 19 cultural and educational event dedicated to the International Mother Tongue Day “Ridna mova moya …” took place at the conference hall of the National Parliamentary Library of Ukraine (Kiev).

This event was initiated by the Assembly of Nationalities of Ukraine with the assistance of the Public Council of heads of educational programs of national minorities of Ukraine under the Ministry of Education and Science of Ukraine. 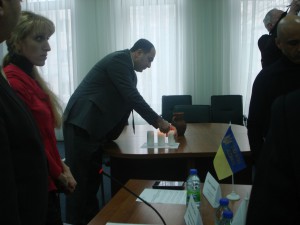 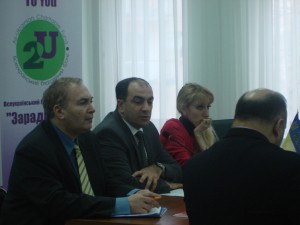 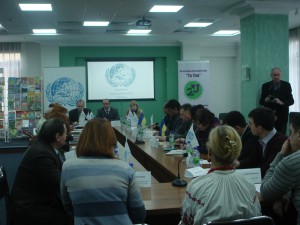 Partners of the event were West Ukrainian Association “Heritage of Ukraine”, All-Ukrainian Charitable Foundation “To You” (ACF 2U), National Parliamentary Library of Ukraine.

Among participants there were prominent writers, scientists, leaders of ethnic communities of Ukraine, statements and public leaders, journalists.

Those present honored the anniversary of the tragic events on Maidan through symbolic lighting of candles and a moment of silence. 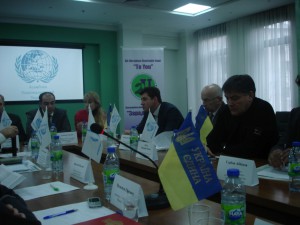 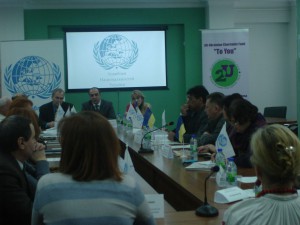 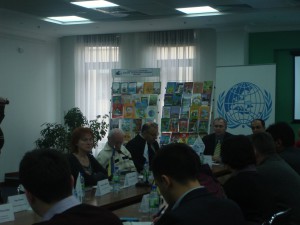 Rovshan Tagiyev, Head of the Assembly of Nationalities of Ukraine, addressed the opening remarks to the guests and partners.

In his address, he stressed the importance of preserving linguistic and cultural identity of each national community living in Ukraine. However, he emphasized the need for further integration of ethnic groups in the Ukrainian community through the study and use of the Ukrainian language as a single state language.

Arkadiy Monastyrskiy, President of the Jewish Forum of Ukraine, shared with the audience the achievements of national minorities in the course of the last 2 years in the language field.

Julia Goldenberg, ACF 2U Board Chair pointed out that Ukraine should take the advantage from its historical bilingualism, while maintaining only one state language – Ukrainian. She noted that the language is the foundation of the nation, therefore preserving the languages of ethnic groups is one of the major challenges facing today by the ethnic communities. 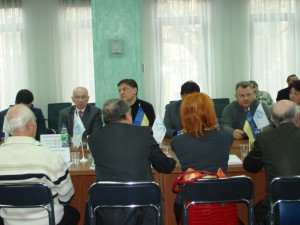 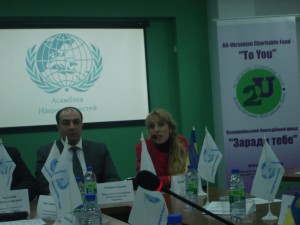 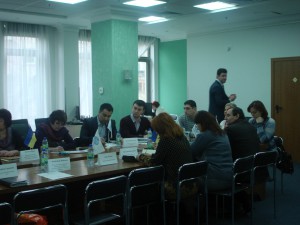 Exhibition of books and textbooks in languages of ethnic groups of Ukraine was presented in conference hall.

The outcome of the Round Table including all proposals and recommendations of the participants will be forwarded to the Administration of the President of Ukraine, the Verkhovna Rada and the Cabinet of Ministers of Ukraine. 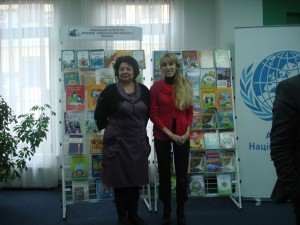 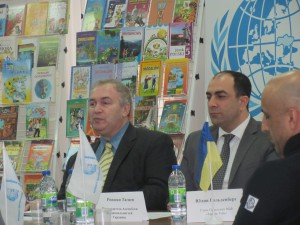 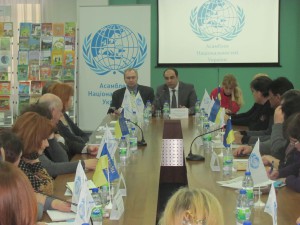