Round Table: “The moral and ethical issues of incitement of ethnic hatred in the context of anti-Ukrainian information war”
December 23, 2014
Ukrinform

Organizers: National Expert Committee on Public Moral Protection and All-Ukrainian Charitable Fund “To You” (ACF 2U), and the Spiritual Directorate of Muslims of Ukraine (UMMA)) 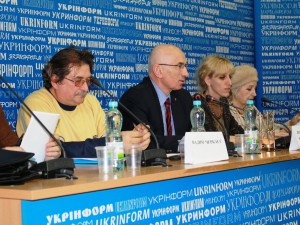 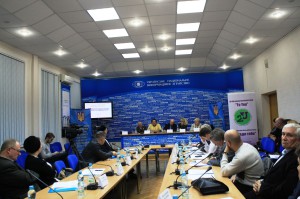 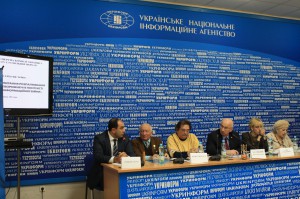 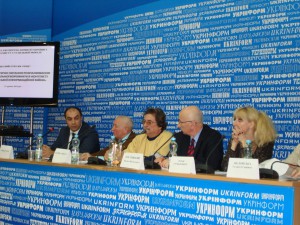 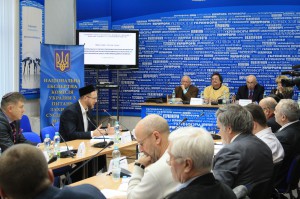 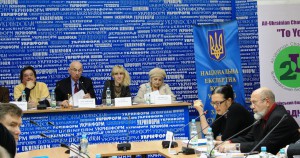 National Expert Committee on Public Moral Protection anticipates destabilization in Ukraine through the artificial creation of ethnic conflict. This was stated by the Head of National Expert Committee on Public Moral Protection Vasyl Kosstytskyy.
“We have some warning signs that might be some attempts to inspire ethnic conflicts. We anticipate that the next wave of destabilization of the situation in the country could be directed this way to hurt our achievement – creation of a new political Ukrainian nation – multinational Ukrainian people”, pointed out Kostytskyy. He also added that this statement was based on the results of analytical researches and consultations of the National Committee with the representatives of various political, religion, and ethnic groups and societies. 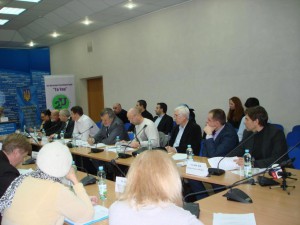 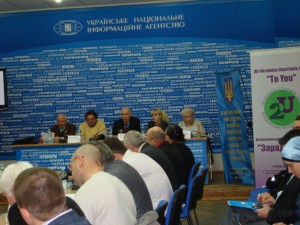 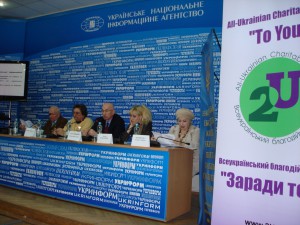 Vadym Cherkass, Head of Donetsk Regional NGO “Legal Protection” stated that peace and democracy in the country should be started from each and every individual.

ACF 2U Board Chair Julia Goldenberg pointed out that media war destroys mentality of the young generation and should be prevented by all means, though it is a new typeof war, which is not well analyzed at this stage.

Ekaterina Mitiaev, Advisor on Projects Implementation, World Jewish Relief stressed that everything that is going on now in the frames of the information war has nothing in common with common sense and it is all irrational.

Announcing roundtable resolution Kostytskyy noted in particular that all participants consider it is necessary to appeal to the President to consider the possibility of recovery of liquidated or creating new structures to combat racism, xenophobia and intolerance in Ukrainian society – the State Committee for Nationalities and Religion Interagency Working Group against xenophobia and ethnic and racial intolerance attached to the MFA of Ukraine.