On the International Holocaust Remembrance Day, the exposition “History through Faces” has been opened at Ukrainian Parliament.
Declaring January 27 International Holocaust Remembrance Day, the UN General Assembly called on member states to develop educational programs to preserve the memory of this tragedy for future generations in order to prevent future acts of genocide and to protect, as historical monuments, places where mass killings of Jews took place. In accordance with the Resolution of the Verkhovna Rada of Ukraine of July 5, 2011 № 3560-VI “On the 70th Anniversary of the Tragedy of Babyn Yar” at the state level, Ukraine commemorated the International Holocaust Remembrance Day in 2012 for the first time.
The project “History through Faces” was initiated by the All-Ukrainian Charitable Fund “To You” (ACF 2U). The aim of the project is to preserve the memory of the feat performed during WW II by people who are called Righteous.
Unfortunately, the stories of the rescue of Jews in the former Soviet Union during the war began to be collected by various foundations and institutions many years after its end. The exhibition “History through Faces ” tells about the feat of these people to preserve the memory.
People’s Deputies of Ukraine Oleh Seminsky and Mykola Knyazhytskyi spoke about the importance of the project in their speeches at the opening of the event.
The audience observed a minute of silence in memory of the Holocaust victims.
According to the Yad Vashem Catastrophe and Heroism Institute, Israel, as of January 1, 2020, there were 2,659 Righteous Among the Nations from Ukraine. Thus, Ukraine ranks fourth in the world in the number of Righteous Among the Nations. This is only the official data, and how many stories we do not know and will never know, – said in her speech ACF 2U Board Chair Julia Goldenberg.
The event was attended by Victoria Godik, Co-Chair of the Diplomatic Corps Committee of the World Jewish Congress. 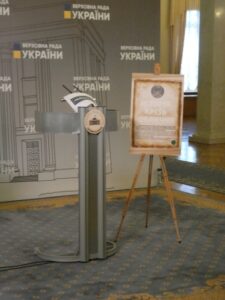 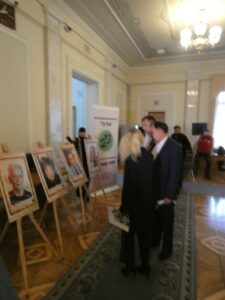 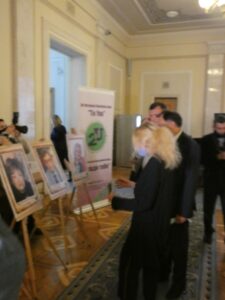 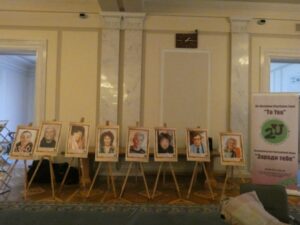 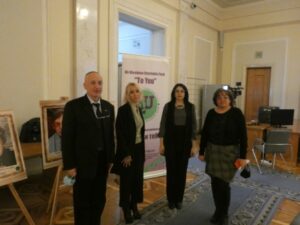 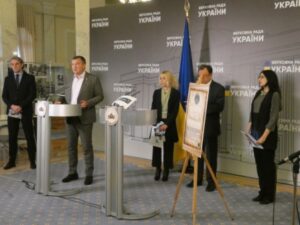 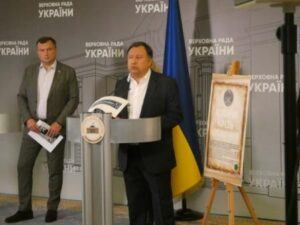 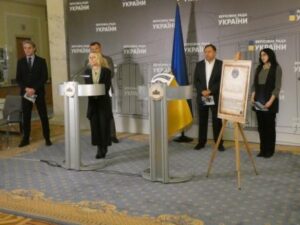 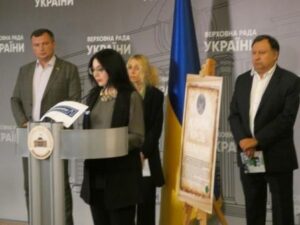