Hannukah. Light… Sweet taste… Expectation of miracles… Glorification and gratitude…
Irrespectively of age, of health condition, of wellbeing we all become kids to some extent in this wonderful time and hope that a miracle will happen to us in these amazing days. The 5th candle is a special one, it is magical!
We’re always in a hurry, running, trying to make money, to solve some problems, complain about life, forgetting that we live next to those who have lost hope, those who survived the horrors of Holocaust and Stalin’s repressions, those who have lost all their savings and were left alone with old age, loneliness and sickness. In fact, they do need so much hope, the belief that they are not forgotten, and that in their house light of Hanukkah could appear. 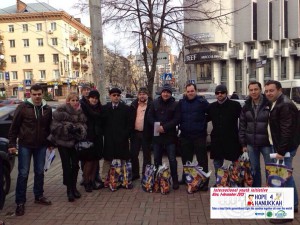 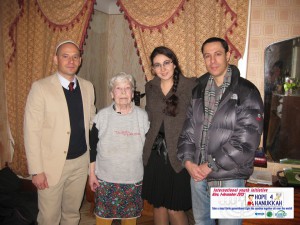 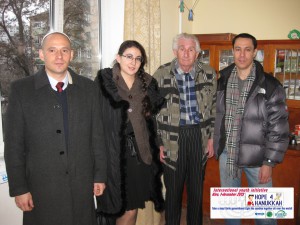 That is why the Ukrainian Union of Jewish Students (UUJS) and ACF “To You” (2U) joined an international charity event “Hope4Hanukkah” initiated by World Union of Jewish Students (WUJS)
United by the Jewish concept of Tikkun Olam, on December 1, 2013 young Jewish people were spread all over the city of Kiev, to light the 5th Hanukkah candle – a special candle in the homes of elderly Nazi victims. Youth brought famous donuts, Hanukkah kits and refreshments. 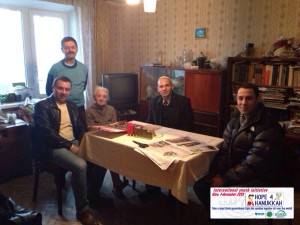 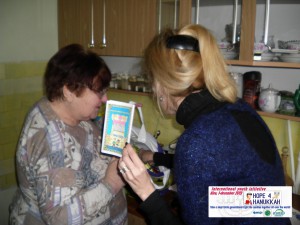 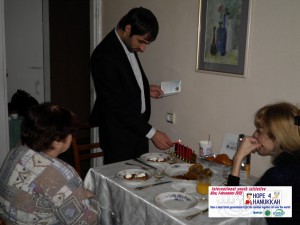 Pictures will tell how it was. One should see the eyes and faces of those who were visited; one should hear what they said and how it was said.
One elderly lady who was visited stated that it was for the first time in her life when Hannukia was lighted in the accordance to the Jewish Tradition in her home; that she was overwhelmed with happiness when there were people in her tiny flat to say “Omein” in the end of Hannukkah prayers. 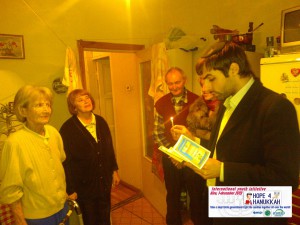 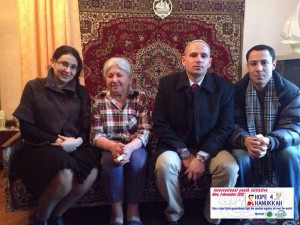 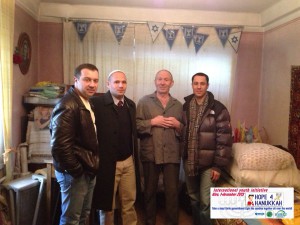 It is absolutely amazing feeling. Emotions that we experienced cannot be compared with anything! We really lit the light in homes and souls, we gave hope, and we slightly changed their lives!
Let’s do good more often and the world around us will become kinder and better!